Yes, it's been months since I've last updated.  Yes, that means I'm a slacker.  My sincerest apologies to my family and anyone else who has been waiting for my next update with baited breath.  I really don't have an excuse except for..... I suck.  Yup.

Anyway, things have been pretty busy at our house.  We had our foundation repaired which has led to a myriad of other projects.  Jeff and I joke that by the time we're done with this project all that's left will be replacing the windows.   Our fifty year old house will almost be new.  No joke.

So here's the low down... Basically they ripped off the walls along the back of the house. 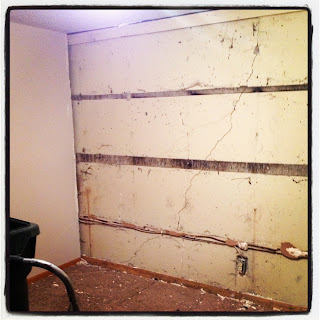 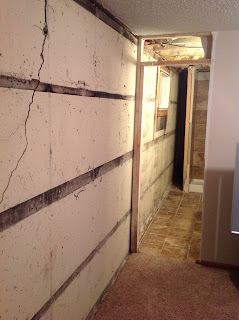 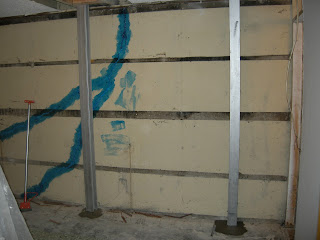 But this meant we basically had to rip out the bathroom and laundry room.  Let's blame it on the drywall, and the previous owners. 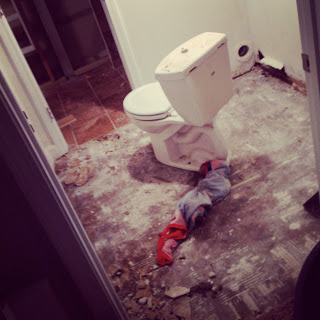 Jeff has fixed more bad electrical, tiled, plumbed, hung drywall, scraped popcorn ceilings, painted rooms, and is now redoing all of the woodwork.  Let's just say that marrying a handyman is probably the smartest thing a person could do.  I'm pretty sure that Jeff is good at everything.  I mean, seriously folks. 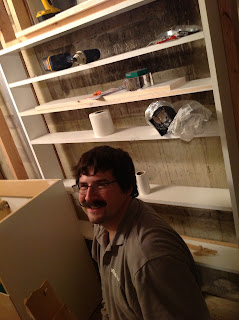 Anyway, it's been crazy but I feel like we're finally starting to see the light at the end of the tunnel.
On that note, I'll leave you with a sneak preview... 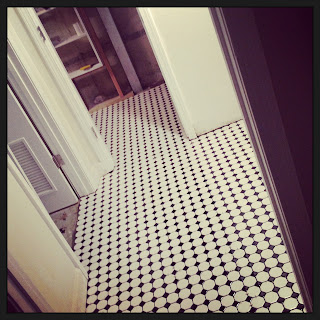 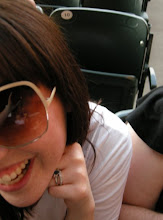 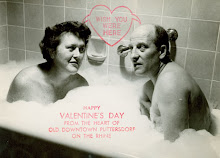